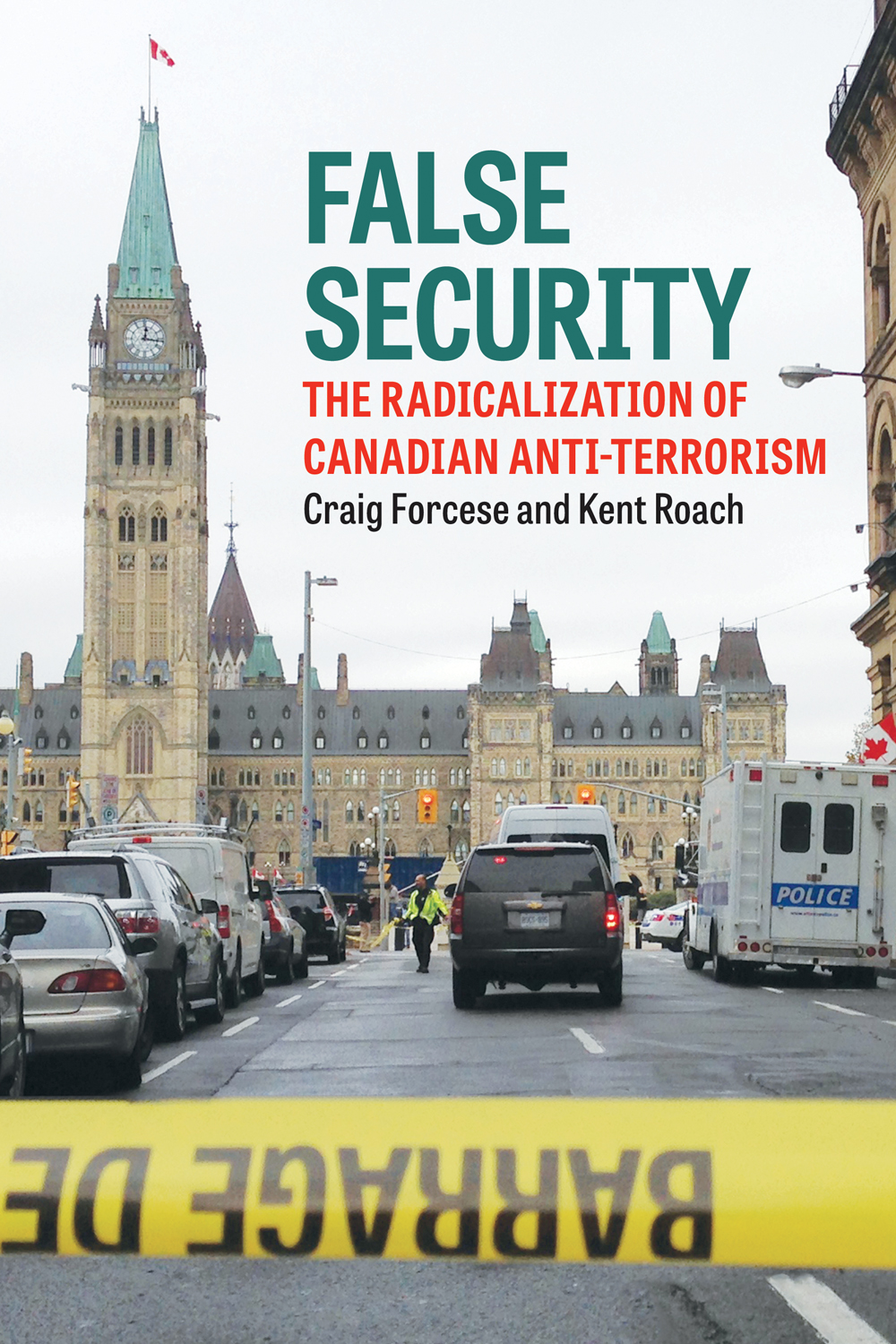 After an autumn rife with terrorist attacks in the West, the Harper government responded with the radical Bill C-51, creating the “most far-reaching changes to Canadian security laws since 9/11.” Bill C-51 has been met with strong resistance from professionals and everyday Canadians alike, and Professors Forcese and Roach have been at the helm of the opposition. They have spent much of 2015 criticizing Canada’s new terror laws in both the government and the media. False Security, the culmination of their work, will be released on September 18th, 2015.

The book provides a detailed account of the failings of Bill C-51 and explains how the laws miss the mark in striking the delicate balance between privacy and security. Bill C-51 tackles anti-terrorism with a hard-line approach: the laws give CSIS more powers and allow the government to crack down on the promotion of terrorism. But these major changes ignore recommendations on how to avoid future threats, as well as the difficult lessons Canada has learned about terrorism throughout history.

Forcese and Roach look at the issue of terrorism through many lenses. While providing context through a detailed history of Canada’s responses to terrorism, the book also touches on the sociological and legal implications, presenting a cohesive and thorough look at today’s terrorism threat.

The biggest problem with Bill C-51, Forcese and Roach argue, is that the new “laws make a false promise of security, even as they present a radical challenge to established rights and freedoms in a free and democratic society.” Throughout the book, Forcese and Roach extensively analyze the repercussions of this and what it means for today’s Canadian society.