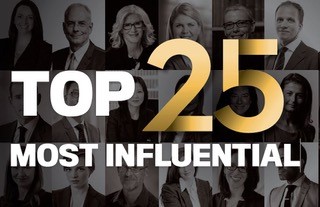 Congratulations to Irwin Law authors Steve Coughlan and Mitch Frazer who have been named to Canadian Lawyer‘s Top 25 Most Influential Lawyers list!

Steve Coughlan (Criminal Procedure 3/e, Detention and Arrest 2/e, The Anatomy of Criminal Procedure) spearheaded the efforts of the entire criminal law academic community in advising the Department of Justice on changes that led to the passage of Bill C-51, which removed outdated offences, reverse onuses and non-Charter-compliant crimes. It also led to the drafting of Bill C-75 (currently before the Senate). Coughlan’s efforts led directly to greater links between the Department of Justice and the criminal law academic community, which have already started to bear fruit such as the report on reforming the law of duress. Having a large portion of the Canadian judiciary as an audience means Coughlan is having an impact on the development of Canada’s criminal law justice system.

Mitch Frazer’s (Pension Law 2/e) practice focuses on all aspects of pensions, benefits and employment. Frazer represented Navistar Canada, on behalf of its pension plans, in its purchase of group annuity contracts, valued at approximately $313 million in obligations and related assets of defined benefits plans from RBC Life Insurance Company and iA Financial Group. He also represented Enbridge in its $4.31-billion sale of its Canadian natural gas gathering and processing business in the Montney, Peace River Arch, Horn River and Liard basins in British Columbia and Alberta. Frazer represented Brookfield Infrastructure Partners and Fairfax Financial as part of a consortium in its acquisition of the Hudson Bay Rail Line and the Port of Churchill. He is a recipient of the Ontario Bar Association Award of Excellence in Pension and Benefits Law in 2019.

Once again, Irwin Law would like to congratulate Steve Coughlan and Mitch Frazer on this wonderful achievement.