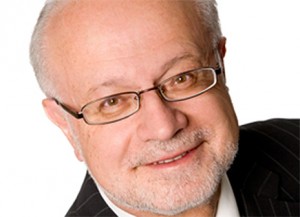 York University celebrates Vaver’s appointment in the announcement below:

“David Vaver was appointed a Member of the Order of Canada for his leadership in intellectual property law as a scholar and mentor. He is among Canada’s foremost leading authorities of Intellectual Property Law. His influence on the academy led to scholars from around the world to honour him with their own contributions in a festschrift in 2010, The Common Law of Intellectual Property: Essays in Honour of Professor David Vaver (an honour that has not been bestowed on many.

Vaver’s coining of the phrase, “user rights” in his book Copyright Law (Irwin Law, 2000), has transformed the international language and perspective of balance in copyright, where users enjoy rights alongside copyright’s traditional stakeholders of owners and authors. In 2012, he was awarded the Pattishall medal for Teaching Excellence for Trademark and Trade Identity. He founded and served as editor-in-chief, for the Intellectual Property Journal (1984-98, 2010-15) and has regularly advised the Canadian government in various roles typically culminating in a road map for reform, or outright reform, in various areas of intellectual property.”

Read the rest of the York announcement here.